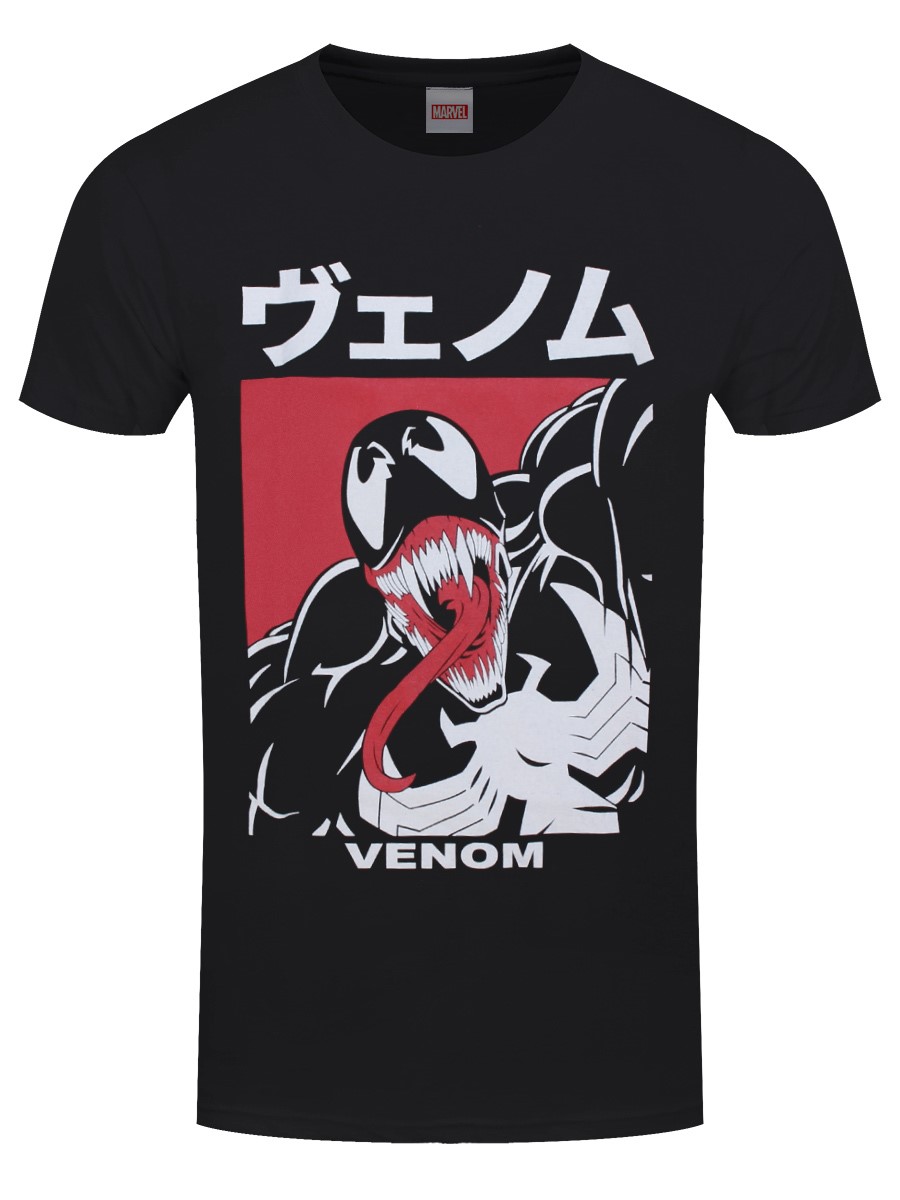 Once upon a time there was an alien symbiote that fell to earth and became enamoured with Spider-Man. This symbiote was called Venom and it eventually found a host in Eddie Brock and then began a long and twisting rivalry with Peter Parker. This awesome Japanese style t-shirt shines some light on Spider-Man's iconic villain. Official merchandise.

See full details…
This website uses cookies for essential shop functionality and to ensure you get the best experience.