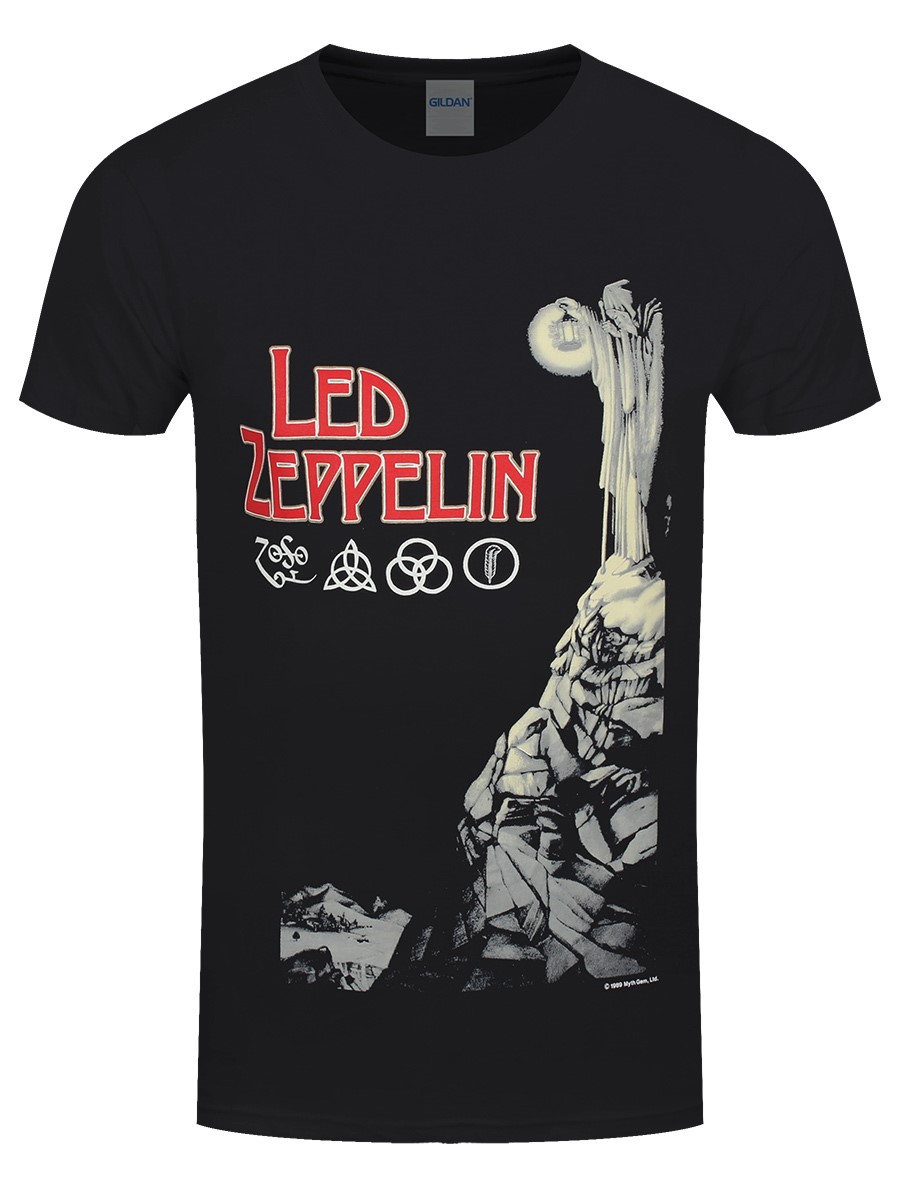 Fast Delivery by Royal Mail (3-5 Days) i
Start by selecting your size
Excellent
Grindstore service rated Excellent based on 5,079 reviews

The four symbols depicted on Led Zeppelin's untitled fourth album, most commonly referred to as IV, are used to represent each member of the band - and can be seen on this awesome t-shirt! Inspired by a figure from a tarot card, the 'Hermit' character that appears on the inside cover of this album also makes an appearance on this awesome tee. An iconic piece of merch perfect for all die-hard fans of Led Zeppelin! Official merchandise.