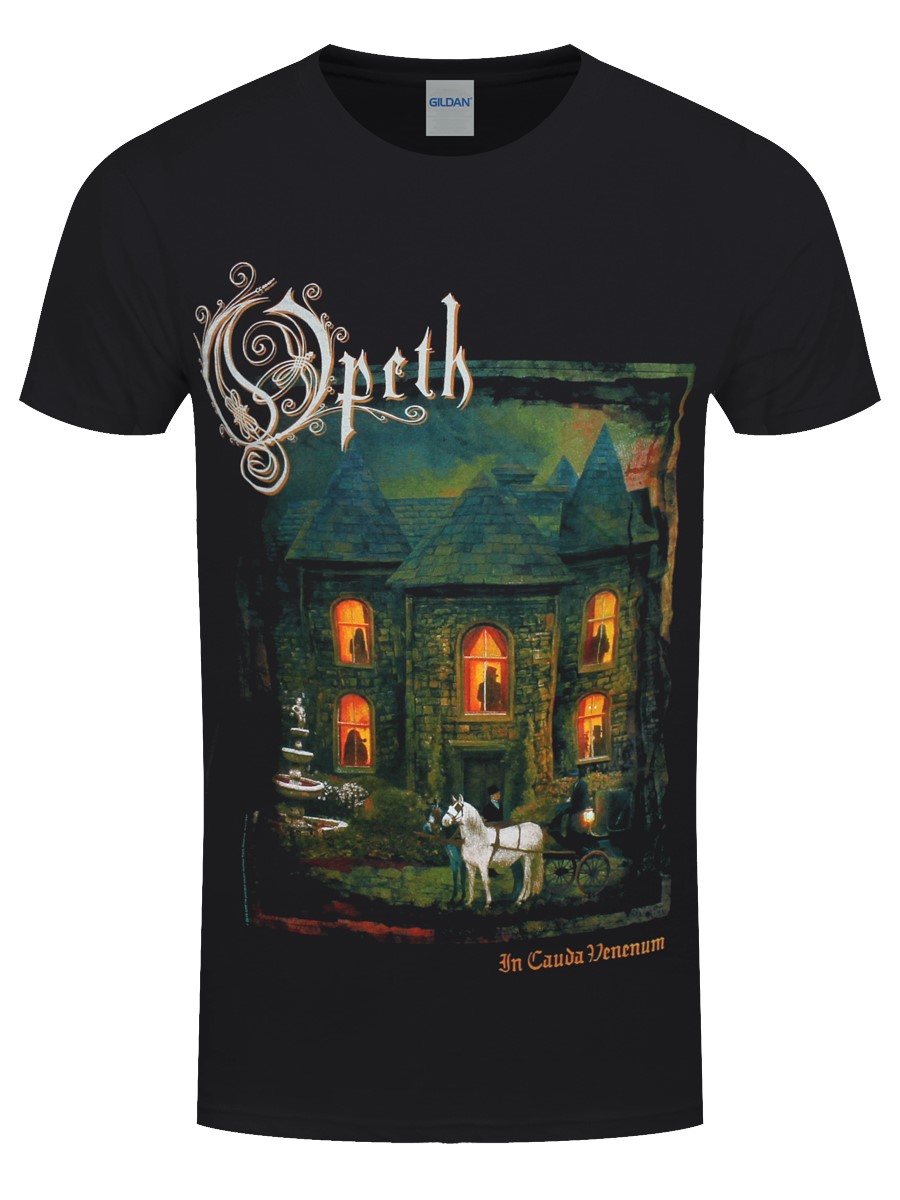 Released in two languages, this progressive rock band wanted to give their fan base the option of their native tongue or English, making this wicked album from the Swedish rockers an immediate hit! Celebrate the growing success of this unique release from Opeth with this awesome tee featuring the artwork from their 2019 album, In Caude Venenum. Official merchandise.