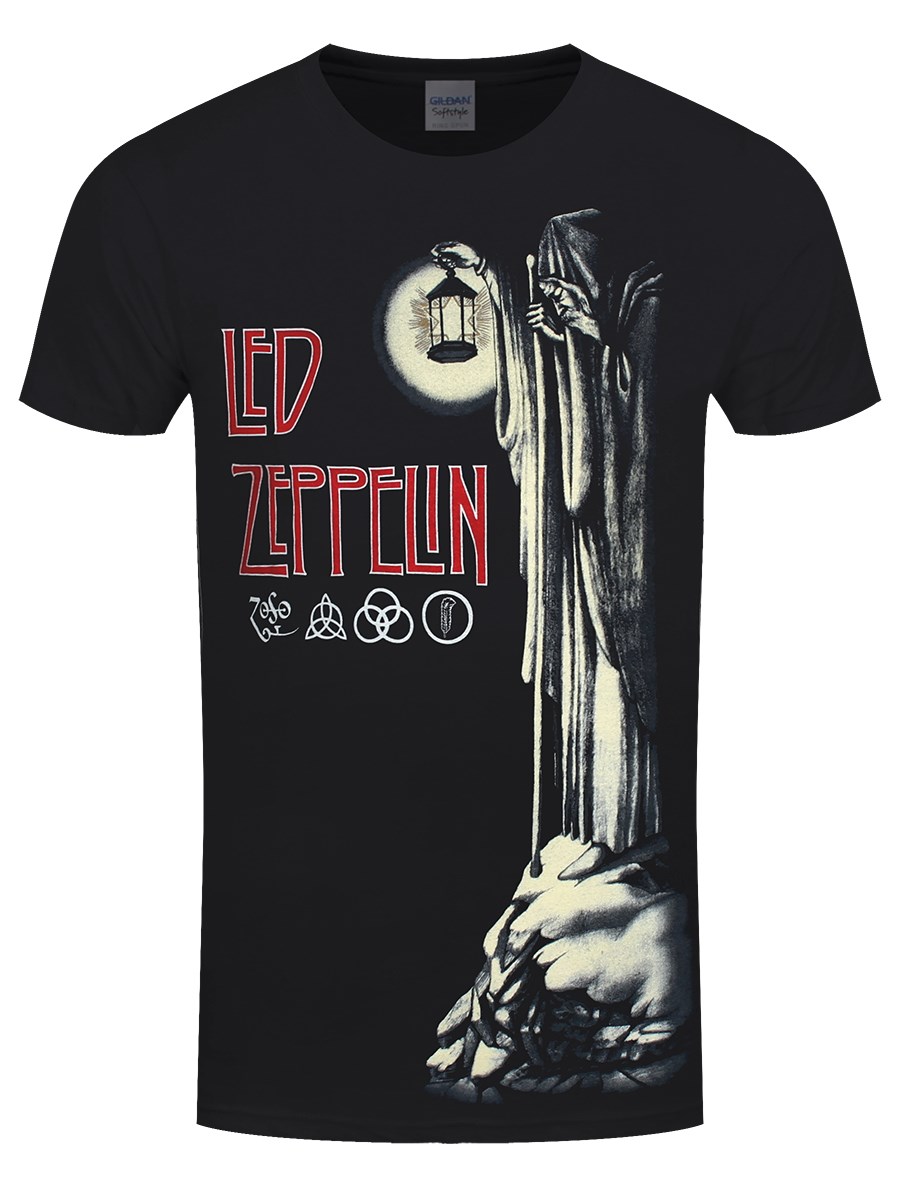 Whether this fictional character was inspired by Tolkien's works or seen on a tarot card, nobody seems to know! Steeped in mystery and intrigue, the old hermit features within the band's untitled album, commonly referred to as Led Zeppelin IV and makes for a striking scene with this wicked tee from the legendary band. Official merch.