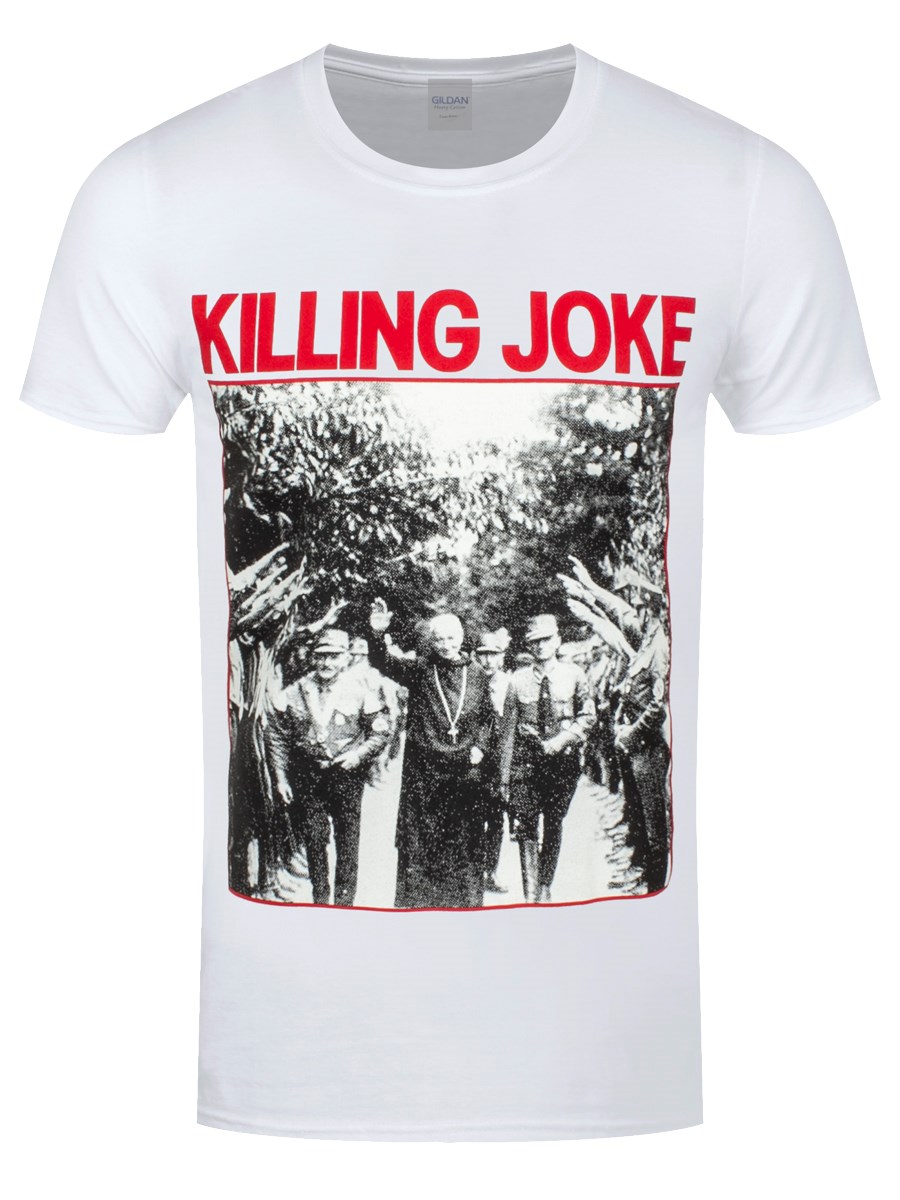 Get ready to turn heads with this controversial tee from rock legends; Killing Joke. Featuring the hugely dubious artwork used for the bands 1992 release of 'Laugh? I Nearly Bought One!', which saw the rockers banned from various venues. In true Killing Joke style, this tee is no laughing matter.