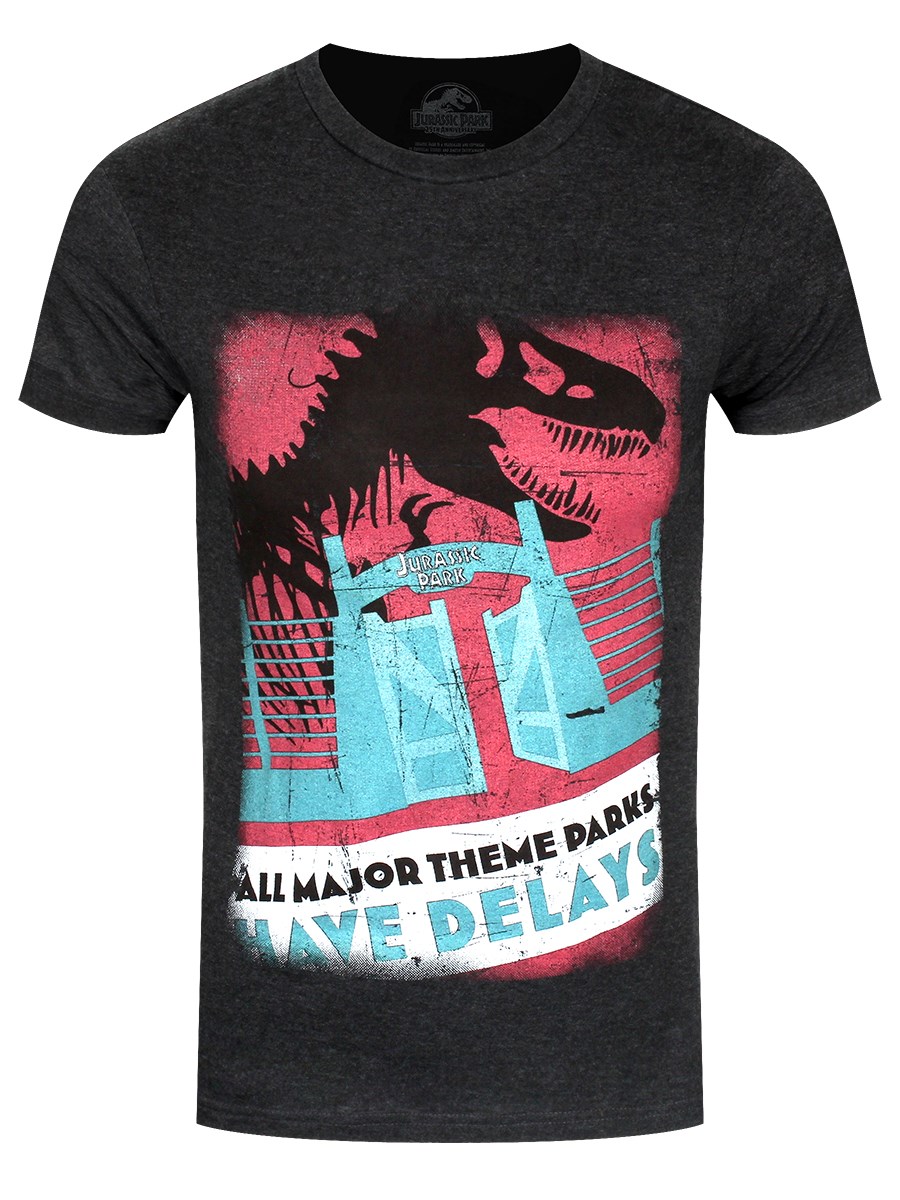 "All major theme parks have delays" - but not all of them have live dinosaurs! Now a cult classic, Jurassic Park was released in 1993 and instilled fear into the hearts of even the toughest characters! This epic graphic tee sees the infamous t-rex skeleton seen on the park logo, alongside a gated fence seen within the grounds of the theme park itself. Official merchandise.