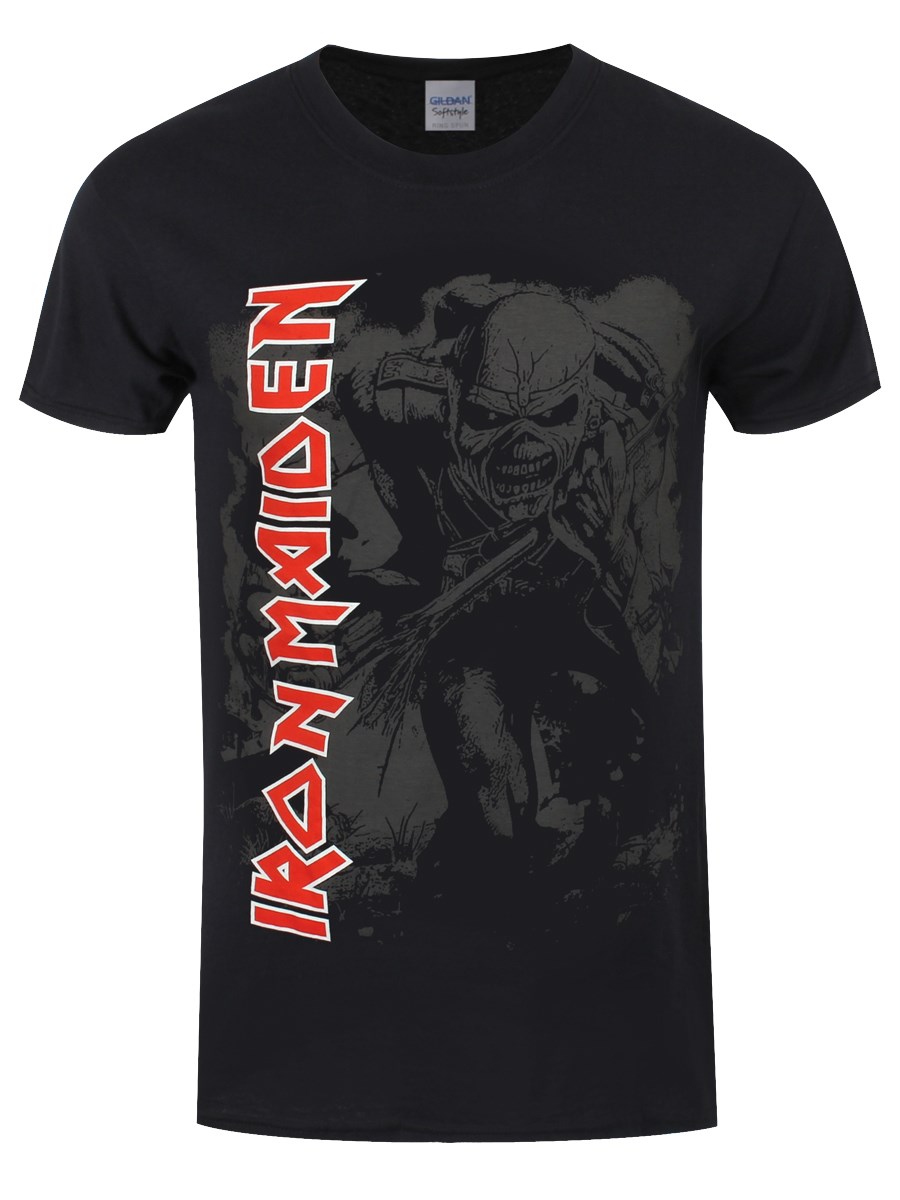 Monsters of rock Iron Maiden are the kings of killer t-shirts. The ever present band mascot Eddie can be seen in this contrast picture as he holds the flag of the Union, which was first seen on the 1983 classic single 'The Trooper'. There's no mistaking an Iron Maiden t-shirt when you see one. Official merchandise.