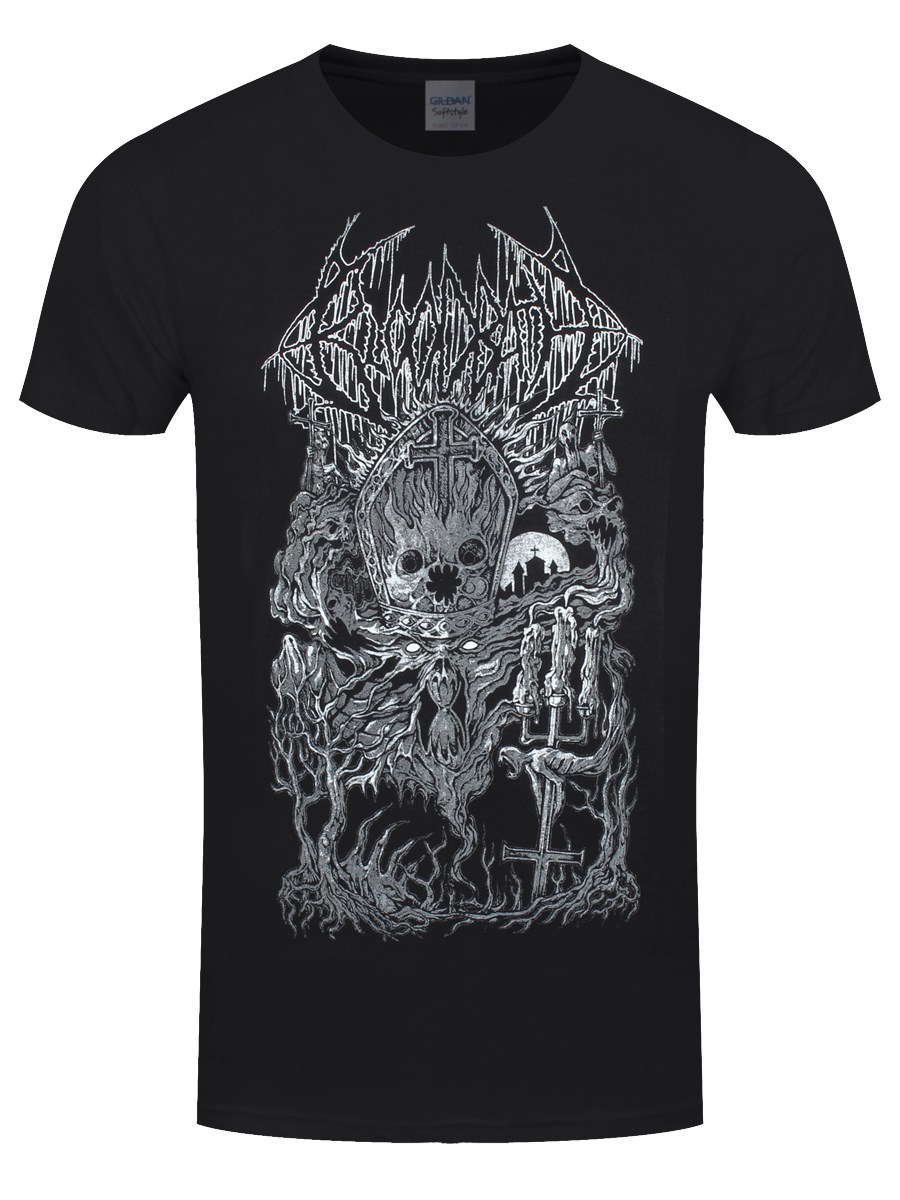 Swedish death metal supergroups don't come along often, but when they do, they pack a serious punch! Featuring members from Opeth, Paradise Lost, and Katatonia; Bloodbath were formed in 1998 and later released debut EP 'Bleeding Death'. This chaotic tee features the band's death metal logo, along with a creepy vision of a religious figure, which emulates the band's monstrous heavy sound. Official merchandise.