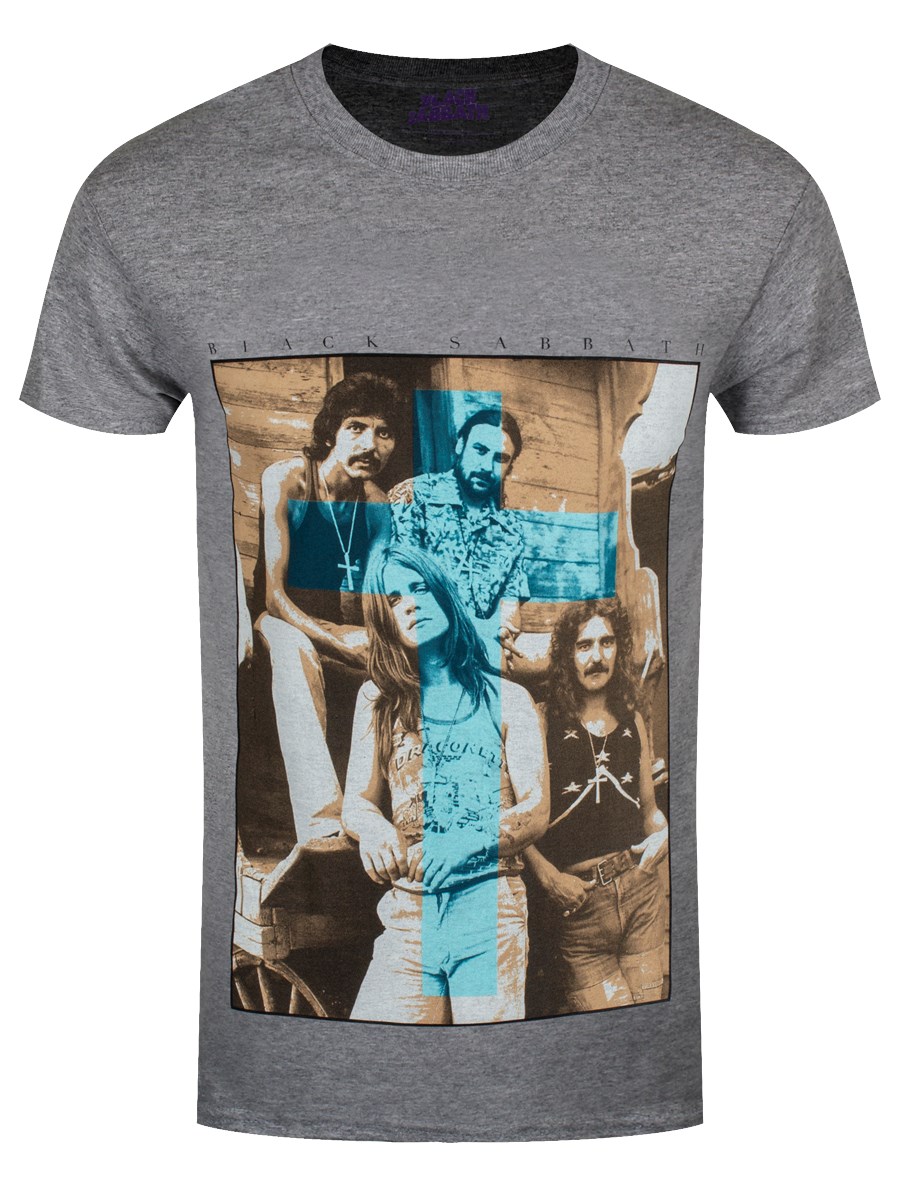 Hailing from the streets of Birmingham, Black Sabbath became one of the greatest bands ever to pick up instruments. Formed in 1968, the English rock gods have released nineteen studio albums over a five decade period. This awesome tee features Ozzy, Tony, Geezer and Bill as they relax on the back of an old western cart. Official merchandise.