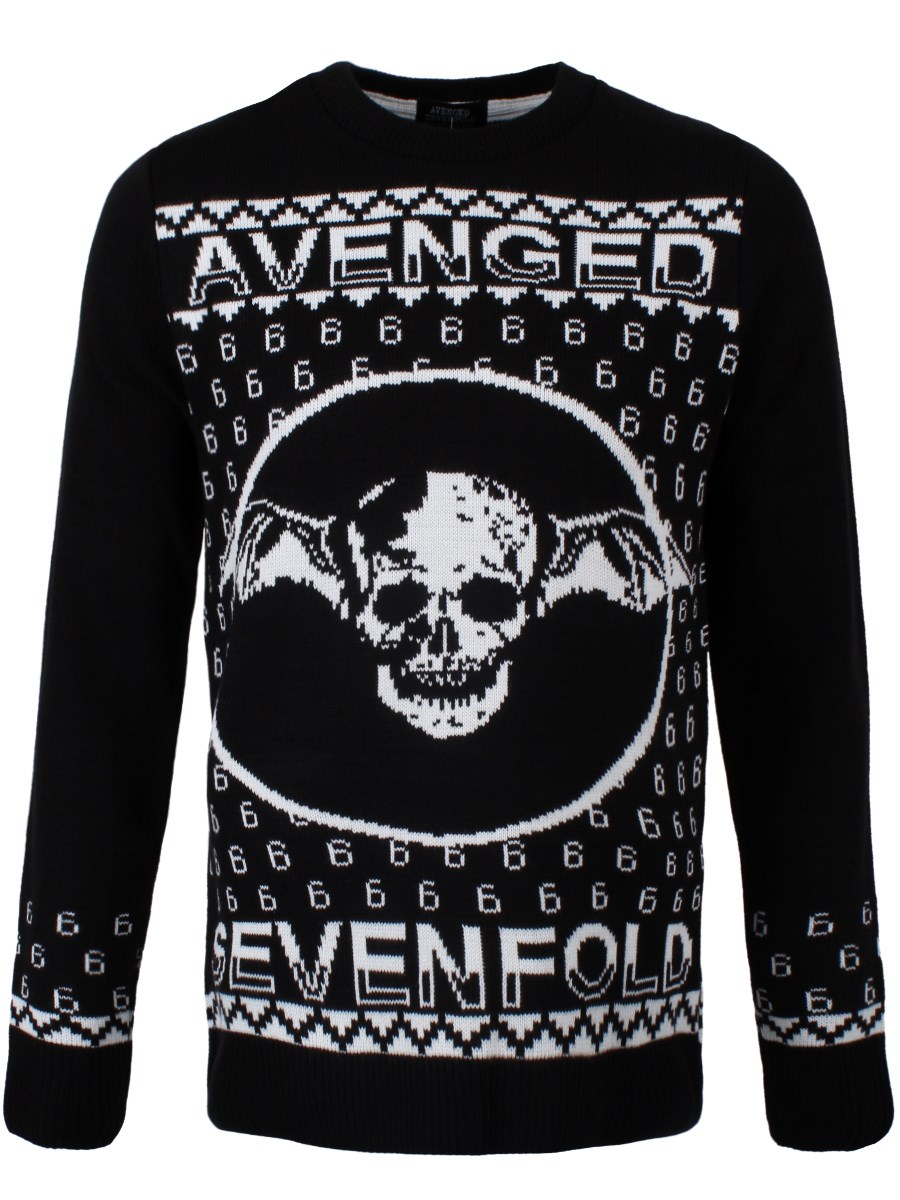 Who says Christmas has got to be all sweetness and light? Make it as dark and deadly as you like with this awesome jumper from Avenged Sevenfold! Featuring the American rockers iconic death bat logo surrounded by a fair isle inspired 666 design, it is the ultimate Christmas jumper for any A7X fan! Official Merchandise.

See full details…
This website uses cookies for essential shop functionality and to ensure you get the best experience.