Get 20% off everything - Use code: SAVE20 - Includes all sale items - Shop Now ➤
Hey! Just to let you know Grindstore is operating business as usual

Here at Grindstore, we noticed that Disney mums get a pretty rough deal and we think they deserve a bit more recognition.

So, this Mother's Day, we researched the most well-known mums in some of our favourite Disney movies, and compiled the ultimate league table.

As a bonus, we gave an extra point to movies who had additional 'mums', like fairy godmothers. As a penalty, we took a point away from the movies that featured wicked stepmothers. Because, that’s not super 'Mother's Day' material.

Scroll down to see where your favourite characters ranked! 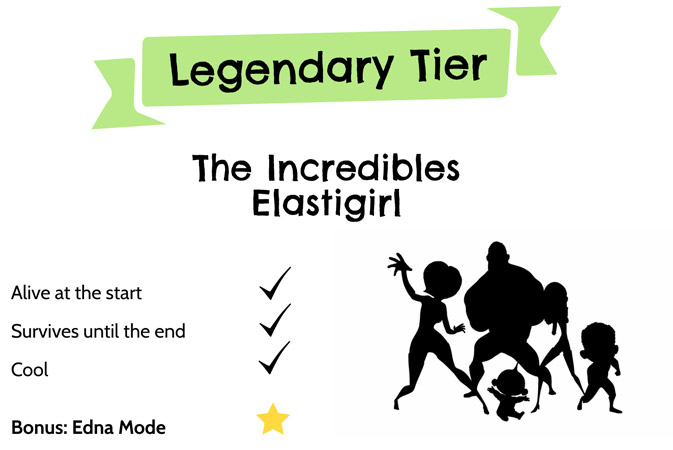 The absolute undisputed queen of Disney mums. Not only does she survive for the whole movie (and the sequel), she also has kick-ass super powers and impressive multi-tasking mum skills. And as an added bonus, we get Edna Mode - everyone's favourite weird 'aunt'.

She might be pampered, but she can handle an adventure, and she's a pretty talented pianist. It's no wonder O'Malley the ally-cat was so smitten. Bonus points for glam grandma, Madame Bonfamille, who deserves a 'Best Cat Mum Ever' mug. 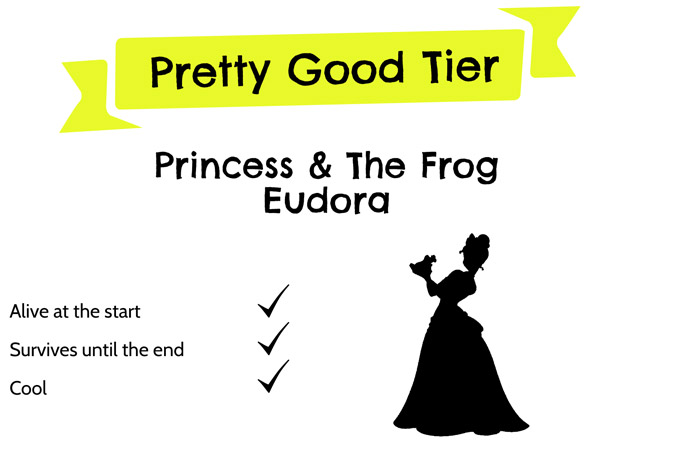 Big respect to this incredible mum, who single-handedly raised her daughter to be an independent queen, whilst being the finest seamstress in New Orleans. Mum goals!

On the theme of raising independent princesses, nobody did a better job than Queen Elinor. She's fiercely dedicated to her family and her kingdom, and while she might be stern and stubborn, she's also brave and loving. 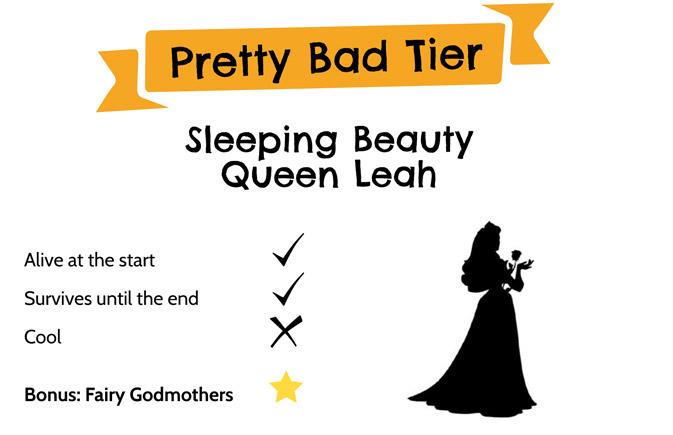 We don't see much of Aurora's mum, but what we do see isn't exactly 'Mum of the Year' material. She sent her own daughter to live in the forest for 16 years, which is kind of not cool, even if it is for protection. At least Aurora has Flora, Fauna and Merryweather for company.

We couldn't talk about Disney mums without an honourable mention for this absolutely devastating one. She might only have been in the movie for a few minutes, but she'll be in our hearts forever!

She might have been trying to do what's best for her daughter, but total isolation seems a little extreme. Also she ends up lost at sea, leaving Anna and Elsa to fend for themselves. 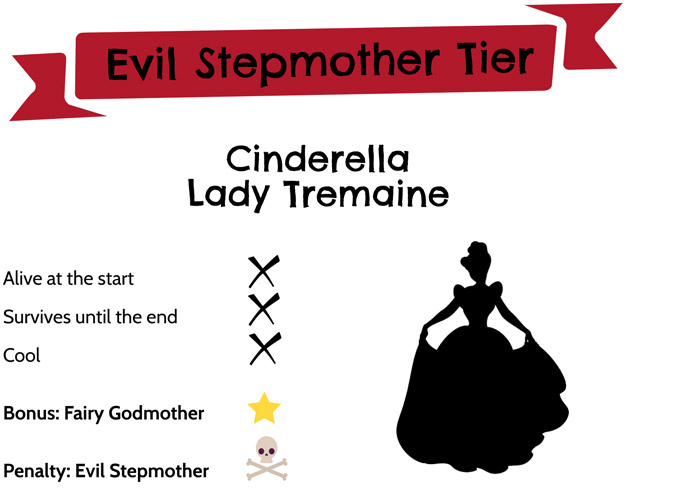 Poor Cinderella - we never even find out what happened to her biological mum. But we do know all about her wicked stepmother, Lady Tremaine. A jealous, nasty social climber who puts Cinders through emotional abuse and unfair punishment. No Mother's Day flowers for you lady! Thank goodness for the Fairy Godmother!

Last and absolutely least is the terrible stepmother that Snow White is stuck with. The Evil Queen is hell-bent on getting rid of her own step-daughter simply because she is pretty. Talk about issues. She's genuinely terrifying, and with no Fairy Godmothers to help, Snow White ends up asleep for most of her own movie. So much for female solidarity!